After becoming a premium member a few weeks ago, I’ve been searching for the perfect 1024m piece of mainland. At first I wasn’t sure what I’d do with it, but after setting up my satellite store at Aero Pines Park only to remove it a few days later, I wanted to own instead of rent. My criteria were:

I was browsing the World Map a couple nights ago and saw a cluster of parcels for sale on both sides of a road in Janus. Nothing new, but a few were the right size so I teleported over and started checking boundaries/prices. Another avatar was on the side I landed on, so I crossed the road … and that’s when I saw the view. Water in front (facing west = sunset view), trees to the left, empty land to the right (which I know will sell eventually, but still). It was only $4500L, which is cheap for both road access and a view, and had been available for only one day. The downside was it was a weird shape and on a stone-textured hill, but I could work with that. I quickly bought it!

I then realized there was a 1536m parcel for sale directly below it, and I really didn’t want anyone building on it and blocking the view. I debated whether or not buy it, since it was more expensive ($8000L) and wouldn’t be free aside from the initial payment. An hour or so later I pulled the trigger after figuring out a rough plan for how to use it … I think I’ll have my shop next to the road, and the rest will be a nice little horse-friendly park with a field towards the bottom. This will be my first time owning a space that’s open to everyone, so I hope I can make it enjoyable for visitors 🙂

So far so good, right? Here’s where it gets interesting:

As for the weird shape, when I initially bought everything the owner offered to give me the remaining 240m square — with the trees in the pic above — that I was surrounding for $0L if I could get the neighbor to remove something they left. I thought this just meant there was some kind of glitch, or the owner didn’t know about returning items, so I figured I’d take the land as-is and return things myself. I was wrong.

As soon as I did that and removed the trees/ferns, I realized there was a 64m square inside the 240m that still belonged to the neighbor. With a huge group-owned prim taking up the entire space. The empty wood-textured box named “Object” is obviously nothing important, but now I have to deal with contacting them and asking if I can buy their 64m, or at least have the giant prim removed. If they even reply at all. I sent notecards to the group founder and another important-looking person … and also opened a support ticket, but I doubt that will have any effect. All I can do now is wait.

2 thoughts on “Adventures in Buying Mainland”

I'm Claire, and Lunistice is my little shop for horse & centaur textures!

I've been in Second Life since 2011, and decided to combine my love of art & animals into something creative in April 2018. As you can see here, my style is more fantasy-oriented :) 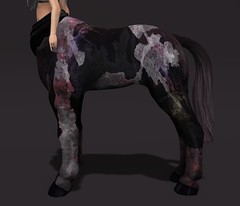 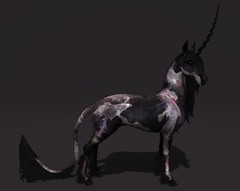 A lifestyle blog about the virtual world of Second Life

Love to Decorate by All About Home

Your premier source for SL Home and Garden news

By AmandaMagick ❤ Don't Hide Your Magick!